This colorless, clear mineral is called Quartz. Quartz is the second most abundant mineral in the Earth's continental crust, after feldspar. It is made up of a continuous framework of SiO4 silicon–oxygen tetrahedra, with each oxygen being shared between two tetrahedra, giving an overall formula SiO2.

There are many different varieties of quartz, several of which are semi-precious gemstones. Especially in Europe and the Middle East, varieties of quartz have been since antiquity the most commonly used minerals in the making of jewelry and hardstone carvings. 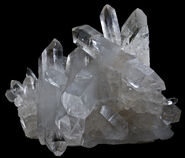 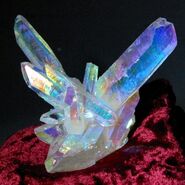 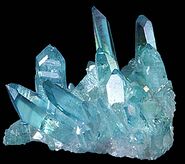 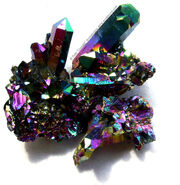